Rockets from the sockets

I just received the lab rotation assignments for this first rotation period (10 weeks), and luckily, I got into my 1st choice lab. In case you're interested in what sorts of sciency-stuff I'll be doing, the lab home page is
here (not here). Note the lab white-water rafting trip pictures. I'm sure we'll be going rafting every day. In fact, I bet my research project will be an in-depth study of white rater rafting.

Yesterday ended up being a rather exciting day, music-wise. I stepped into Rasputin Records to buy the new DJ Shadow album. On my way to the racks I remembered that Dianna's roommate had already bought it, and I could probably just copy it from her. To make a long story short, I ended up leaving the store without DJ Shadow, but with five other unintended purchases.

The moral of this story is: "Jacob needs to be supervised when visiting a music store."

Posted on 02:22 PM
I'm a magic elf living in a universe made out of candy.

Want a blog-type experience, but want some nice artwork to go with it? Check out James Kochalka's American Elf. Also titled "The Sketchbook Diaries," this site gets its rocks off with its socks off. You have to pay a whole $1.95/month to get access to the archives, so you'll really have to scrimp and save to subscribe. Plus, Kochalka promises that subscribers are guaranteed a place in heaven, when he's elected god. But even if you don't want to shell out $2, the current sketch is free. Posted on 11:24 AM
The pain of secondary structure packing.

Physical Biochemistry is going to kick my ass all around the block, then hold me down while its younger brother has a turn. Thank our good lord Jesus Christ that it's the only class I'm taking, otherwise I'd flunk out of grad school during the first semester. A year away from classes has made me even more rusty than I thought it would. Owtch.

PS - What with all of the references to "good god," "oh lord," and, "jesus jumping on a pogo stick" that I make, I wonder if someone listening in would think me religious. Or would the constant blasphemy tip them off?

The person living directly above me appears to be obsessed with vacuuming. They were doing the old carpet-clean at 1:30am this morning, and now (1:30pm), they're doing it again. Maybe they're just obsessive-compulsive about getting dirt out of fabrics at half past the hour. But it's not even a nice thorough vacuuming job. They'll clean one spot for about 30 seconds, then turn off the vacuum for 2 minutes. Then turn it back on, vacuum a different spot for 30 seconds, and stop. Then it's back to the original spot. Rinse, lather, and repeat.

My new room finally resembles an actual room, instead of a storage unit. The place is separated into two areas: Sleepland, USA, and Entertainmentville, NL. Michele's 70s-orange couch makes an excellent divider between these two warring nation-states, since it fosters understanding but still encourages healthy competition. I'm currently taking suggestions (besides those involving incense) on how to dispel the odd funk that's lingering in the room. Maybe if I light a signal fire I'll both create a nice smoky ambiance and attract some seafaring vessels.

It looks like I'll be Mr. Fix-It around the apartment this year, since Brian doesn't really seem to care. My shower this morning was more of a gentle misting than cleansing blast. When I mentioned that fact to Brian he said, "Yeah, it used to be OK a few weeks ago, but now it's not." So I took off the shower head and parts of it fell out into the tub. Going to Target is now officially on my list of Things To Do Today. Also on the list of things to do is helping Dianna move into her new apartment, selling a mini-fridge, and going to Gottsi to look at some new conch jewelry (and possibly returning with a DimpleBot). If there's time I'd like to go to an outdoor store that's having a ridiculous going-out-of-business sale. Dianna might pick up a pair of $19.99 (!) inline skates, and I might buy some street/bike shoes that are about 60% off. Adventure, Berkeley is thy name.

Posted on 11:28 AM
Procrastination

Long time no update. And still not much to say. Erica and Michele, the two people most interested in Doug and Lisa who didn't go to Eugene, have already heard the skinny. But, in brief, Doug/Lisa are doing well. They're getting married on July 5th next year (but I don't remember where), so a group trip will probably be in order around then.

This month off has been one of the most enjoyable times of my life, but it hasn't left me with much time to post on a blog. Once grad school starts, that will probably change. I can easily imagine a situation in which I use those random 5-minute blocks between experiments to post a little something here and there. So, in what has almost become my trademark post, "I promise to post more eventually." For now, though, I've got to start preparing for the impending move to Berkeley.

Oh, and I almost forgot: I went to a fetish fleamarket on Sunday. 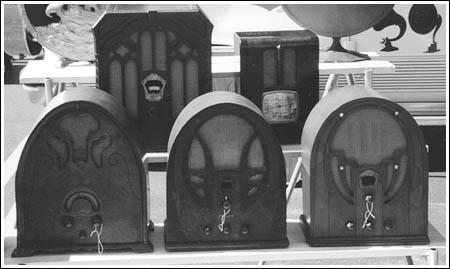