I went here this weeked for the Cell and Developmental Biology retreat. It was so damn dry that I got a nosebleed within 5 minutes of being there. But hiking along the Tahoe Rim Trail was great. It's too bad that most of my time was occupied studying (goddamn you, Physical Biochem!) or attending sciency-talks. I would have liked to spend more time outdoors. But you take what you can get. And when what you can get is a weekend in Lake Tahoe, all meals included, completely free of charge, you take. Then you take some more. Then, when you've taken everything, you laugh all the way to the bank. Can you hear me laughing? Because the bank's just around the corner, and I wouldn't want you to miss the laughing. 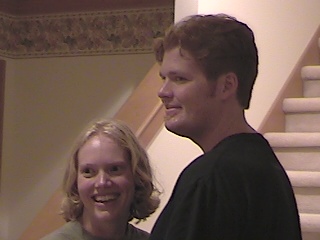 Kudos if you got the subject reference.

Last night was the DJ Spooky / 47 talk, so I thought I'd maybe put up some of the thoughts I jotted down on a scrap piece of paper while I was at the talk. Each of these represents something that I didn't know before, but that the presentation brought to my attention.

The man's incredible. There were a few technical mishaps during the presentation (misplaced files, etc.), but I've never heard a smarter musician than Miller. He not only creates music, he knows exactly what he's doing while he creates, rather than just putting out any old thing. If anyone's interested, I'd like to go down to the installation in The Mission this week (Jason, Jolie, and Erica can go down there any old time, and that makes me green with envy). Any takers? 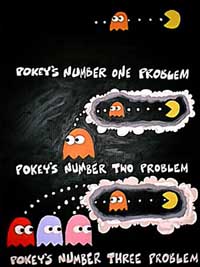 On one hand, there's no new news on the Berkeley Front. My days have been filled with lots of classes (only one for credit, because who wants to worry about tests and grades all the time?), and lots of time in the lab. I've finally resumed my attempts to learn Perl, in preparation for working in a computational lab during the next rotation. Other than that, Sunday Brunch has been the most exciting thing to happen to me lately. Hopefully the return of Twin Peaks Night will shake things up a little. Or at least creep the living daylights out of me.