The smartest lobbying tactic I've ever heard of.

Last night Dianna and I were woken up by the screaming of tires. The horrid noise went on for about 20 seconds, then suddenly stopped. Then suddenly started again, and so on. After about 5 minutes of this, we heard motors roar away and everything was quiet again. On my way to the lab this afternoon I saw a large number of burned-rubber donuts in the intersection next to our house.

I think we've been visited by an Oakland phenomenon that I read about a month or so ago....but for the life of me I can't remember its name! I think they were called something like "Car Parties" or "Car Shows" or "Car Tea and Cake Get-Togethers". The general principle is that some people get in their cars and do crazy donuts and tricks, while other people dodge around like matadors evading two-ton steel bulls. After a few minutes, though, the group moves on, because the police have become very fast at responding to reports of the gatherings. Does anyone remember what these things are called? Because it's going to drive me crazy until I find out.

As for the party at Sigma Nu, I'd like to apologize to anyone I might have offended with my sudden and hurried departure. For some reason I suddenly felt very out of place....almost like everyone else was there to have fun and I was somehow just spying on them. I mentioned this in part to Jason a few minutes before leaving. I guess I'm just not a party person in the house any more. It makes me feel a little odd to admit that I often look forward to sitting in a chair and listening to music while reading a book than going to a large party. So I guess the point of this post is to tell Party, "It's not you, it's me".

I think I'll provide a companion to Doug's lab story with one of my own. Today was a fun-with-chemicals day. In my attempts to get phases so that I can solve my structure, I'm trying to generate various heavy atom derivatives. Today I worked with the lanthanides, which have whimsical names like "Promethium", "Dysprosium", and "Europium". The best thing about working with heavy metals (OK, the only good thing about working with them) is the incredible colors. Now I just need them to STAY IN THE FUCKING METAL BINDING SITE, YOU BASTARD!. 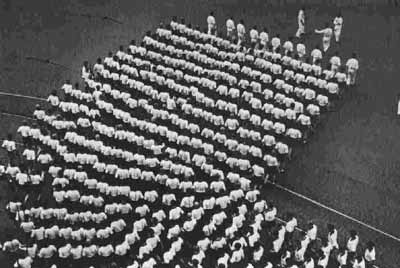 All of your base will belong to me (to live in).

Today we had a cryonics demonstration. A poor housefly was very sick and crawling on the keyboard of an FPLC in the lab. One of the postdocs decided that the only thing to do was freeze the fly in liquid nitrogen and then thaw it when technology had progressed far enough to cure the poor beast.

And so, a fly came to live at the bottom of a dewar full of liquid nitrogen. Once medical science had advanced by leaps and bounds, approximately 30 seconds later, the fly was removed from liquid nitrogen and allowed to warm to room temperature on a benchtop. Sadly, the fly never recovered. Everyone lost interest. Until I decided there were other things a fly and liquid nitrogen could be used for. Such as reenacting the Terminator 2 robo-shattering scene. Of course, no one really got it when I quipped "Ice to see you, fly" in my best Ahnold voice after the dramatic moment. These people need a little A$$ Merchant introduction.

I'd like to warn everyone who's just eaten lunch that reading the rest of this post might be best saved for later. Kristen requested that I write more fiction, which is something I've been meaning to do for a while. Normally I write something and immediately send it to the round file. But I'm fighting hard against this urge and am forcing myself to post this stuff, whether I like it or not.

I want to check my nails, but it's not polite. I can feel the grime. I can hear the dirt grinding between the flesh and the quick. But I can't look, I can't even try to surreptitiously ablate the gritty mess on the leg of my pants. All eyes on my nails, except mine. Ten tiny little sandboxes, filled with the accumulated corruption of a long day.

What if they are clean? What if they are dazzling porcelain armor over healthy pink skin, the cuticle a neat fleshy half-moon where nail meets man? I'd admire their glory in the warm sunset of a sodium bulb. I'd raise them, palm facing out, until they level my chin. Under the supervision of hooded eyes, I'd press the pads of my fingers into my palm, hiding the sparkling perfection from my face for just a second as I turned my wrist so they once again bathed my face in their irreproachable glow. Raised to mouth, slow hot breath, buffed on soft shirt.

But I doubt the fantasy. Each nail is hot under an alien stare, but acknowledging this fact with even a quick glance would invite disaster. It must be dirt. It must be grime. It must be the most putrid black sludge ever seen outside an oil refinery. From underneath my nails exudes the effluvium of the ages. To believe otherwise is a folly and a sham, but to check is forbidden. 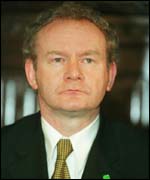 While buying tickets for the mu-ziq show at The Bottom of the Hill on July 25th, I noticed that Mike Watt will be playing there this Friday. Which made me sad, because lab goings-on preclude me from going. But as I was perusing Watt's Hootpage, I found a great reason to tear all of the hair out of my head.

This year we had to leave Coachella pretty early. In doing so, we missed Iggy Pop and the Stooges, who were playing their first gig in almost thirty years. That made me a little sad. But guess who, unannounced, replaced the deceased Dave Alexander on the bass?

You guessed it. I missed Mike Watt playing with Iggy Pop and the Stooges.

I think that seeing mu-ziq and Squarepusher might make up for it, though. 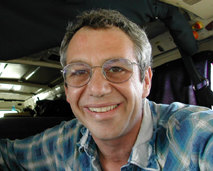 As Dianna so astutely pointed out: "Fuck lab."
Well, maybe she didn't use those words. But the sentiment was there. I'm going to find out if another Watt fan wants to go, and if he does I'm going to count myself there.