Two Sentence Review: The Long Goodbye
What the fuck was Elliot Gould doing? Why does Robert Altman hate Raymond Chandler so?

Time for a new regular feature: two-sentence reviews of things I've Netflixed. Boy, that's original, eh? I'll do a few right off the bat to get things started:

Two Sentence Review: Stray Dog
One of Akira Kurosawa's early movies, Stray Dog is just as visually evocative as his later films, but with a unique noirish flavor. Though I found it hard to relate to some of the anxieties of Toshiro Mifune's character, I can't recommend this movie enough.

Two Sentence Review: Hellsing Volume 1
I rented this occult-themed anime series along with Vampire Hunter D, which was more of a guilty-nostalgia whim. Hellsing was so bad that I returned Vampire Hunter D unwatched.

Two Sentence Review: The Kingdom
I've only finished the first episode of Lars von Trier's miniseries, but the quietly spooky goings-on already have me hooked. On an unrelated note, is the the Denmark vs Sweden beef an extremely white East Coast vs West Coast, or is there more going on?

Update: Holy shit. The ending for Episode 2 of The Kingdom is as serious as a heart attack.

As I walked home today, talking with Dianna, I thought I heard a faint little whiny "meow." Stopping dead in our tracks, we waited... suddenly, we heard it again. We turned around, and there was a very fuzzy little cat making tiny jingling noises. We brought her home, and then went to the Parkway with Andrew & friends to see Snakes on a Plane, which I had previously called SOAP. I now realize that SOAMP, while a poor acronym, is a much more accurate title.

Anyway, all's well that ends well. And Bella is never going outside again. Ever.

As some have already heard, Bella is missing. She slipped outside the evening of September 10th, and I haven't heard so much as a jingle since. I put up posters in a several block radius around my new apartment, as well as around the cottage and the route inbetween. Someone called last night to report a similar cat, but sadly it was not Bella. I know that it can sometimes be weeks or months before a lost cat comes home. But it's hard not to think that she's just gone. On the bright side, I haven't seen her on any of the busy streets surrounding my apartment. More as the story develops.

One of my new roommates has a list on the fridge of "Reasons I am a live raw food vegetarian." I've decided to start chronicling this list in blog-form.

I've begun telling people that I live next door to Easterville, owing the profusion of bunnies and chickies (and guinea pigs) in the backyard. Reaffirming that Christian moniker, one of the children who lives next door just found a 12-inch nail lying on the ground. He proclaimed, "I bet this is the kind of nail that went into Jesus!" 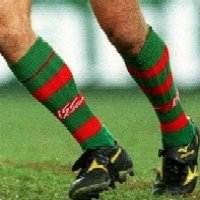 The Ivory Tower has landed. As a future scientist, I no longer receive normal spam. Apparently my penis is just fine, thank you, but there's a Nigerian who needs a US bank account to hold 400 liters of fetal calf serum. 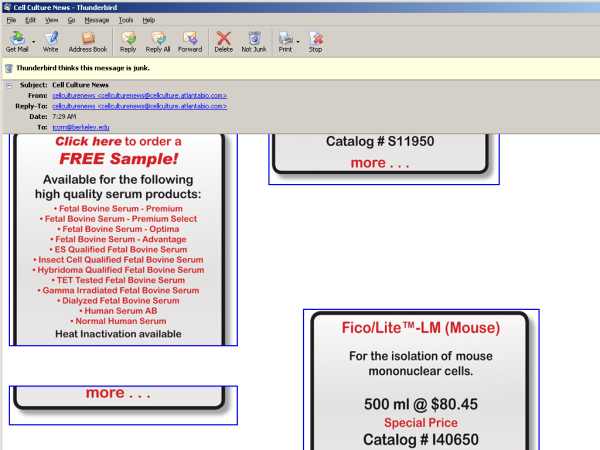 Today we had a complete failure of a yard sale. Very few attended, and very little was sold. So if you're interested in any of the items pictured here: http://sfbay.craigslist.org/eby/gms/204666856.html, just let me know. We offer competitive financing and will not be undersold. Most items pictured are $5 (seriously).

At least the cottage-cleaning went smoothly. Though now I'm feeling a little too domestic, and really need to get out of the house.
Who wants to go see Pirates of the Carribean at the Parkway this Sunday at 5pm?

Here's a fresh start to an old blog. How've you been, Internet? I see that you've unexpectedly made me a Something Awful icon (scroll to the bottom of that page). That's new.

I'm finally moved into my new apartment, but Bella hasn't entirely adjusted yet. Every night she wanders here and there in my room while meowing strangely. Each time I open a door she runs to it, expecting to find the cottage or backyard that she knows just on the other side. I certainly hope she gets the idea soon, because it's growing rather tiresome.

It occurs to me that I never posted the list of movies I watched when Dianna went East. Good thing I saved it as a draft, otherwise this vital information might have been lost forever. At one point I had a plan to actually write little mini-reviews of each of these films, but became too caught up in just watching the movies themselves. Consider that bullet dodged, but clicking MORE... will bring you to the very list itself. 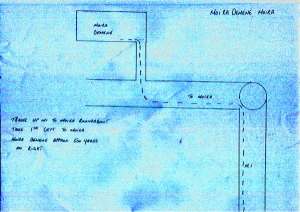