More pictures to come, including one of our neighbor's baby cousin petting the puppy.

I finally did it. I finally saw S. Miller in his Hollywood film debut, Jackass: The Movie. Speaking of movies, Sin City is the one of the next comics slated to become a movie. The movie posters seem to do the comics justice. Choosing Mickey Rourke to play Marv, when they could have just as easily gotten some pretty boy, is also promising. Alhough I guess Rourke used to be quite the pretty boy. Thank god for the ugly stick. 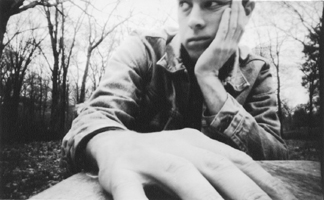