One of my roommates (not the one you might think) is on a special "detox" diet. It consists of an herbal lemonade containing maple syrup. And that's it. That's all she's been "eating" for several days. She said she can feel the detox working; that she feels cleaner already. I congratulated her, poured myself a big glass of bourbon, and watched The Big Combo. Speaking of which...

Two Sentence Review: The Big Combo
Though no one in this movie can act worth a damn, it's beautiful as hell and dramatic irony is used to great effect. Unfortunately, a few shots were a little self-conscious for my taste, somewhat ruining the mood. 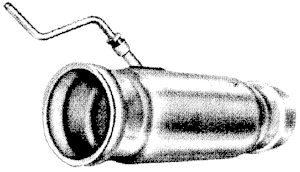 I've heard there's cayenne pepper involved in this particular detox diet (can you confirm or deny?). It's one of the reasons I tend to be slightly horrified by the idea, because, my god, can you imagine what that must taste like?

Yes! That's one of the ingredients I forgot! It's awful!
By the way, I didn't mention in the post, but this "detoxing" person is vegan, about 5'9", and weighs maybe 100 lbs.

PS - Yinsh! I can do Friday night or Sunday. You?

I'm going to go for Friday. Or Thursday, if you're eager for the soonest Yinsh. But not Sunday, because I have a paper outline and bibliography due Monday and I've done no work on it. By Sunday, that fact will actually have sunk in.

Hm. Wait. I just realized there's a co-op-wide dance party at my house on Friday. So we could do Friday early evening Yinsh at my house, or Friday later evening Yinsh someplace else, or Thursday anytime Yinsh anywhere we please. And any my-house options also carry an invitation to come over for dinner if you'd like.

Thursday I'll be at The Moth Story Tour, so I vote for Friday. Since I like dinner, I do believe I'll take you up on the offer. But I don't think I would do very well learning an abstract pattern/strategy game while surrounded by Dance Party USA. Meaning that I accuse Yinsh later in the evening someplace else. With the candlestick.

Excellent! I approve of the plan, in the dining room, with the oversized teacup. Also, Friday is my roommate's night to cook, and he's pretty astounding at it. So that should be delicious.

I get off work at 5, and dinner's at 6:30. Shall you come by whenever you're done with lab? We'll definitely have time for dinner and some Yinshing before people start boogieing all over the place, and when they do so we can relocate to your house or a coffeeshop/pub/other fine recreational locality.

Done, and done. James is taking us out to a winery that day (he won some cash award based on the work we do for him), but so far no one has mentioned a return time. I certainly hope we'll be back by 6:30...

I know, a grad student's life is a difficult one.

Indeed. Speaking of which, Katie just passed her qualifying exams with apparently flying colors. I vote we all comment-bomb her page with congratulations!

That's great news!! I'm going to call her right now! I wonder if she's still sober enough to talk? She shouldn't be.

I really doubt she is. But as you say, if she is, that isn't right. I emailed her to congratulate her and then told her she had no business emailing me back and should be out drinking whiskey and playing darts. At the same time! A Katie on whiskey is mighty risky, especially when she's holding sharp things!

If a Katie on beer is a beer engineer, I wonder if she's legally required to wear a beer hard-hat/helmet while on the job site?