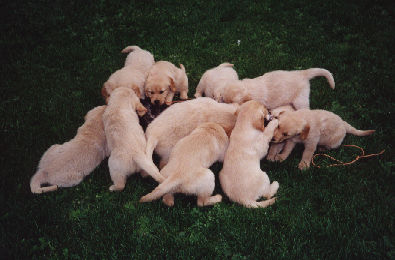 I've got a favor to ask each and every Cementhorizon blogger. Head into your nifty little "Templates" area (where you can edit stylesheets and the main index). Open up the "RSS 0.91 Index" file and find a line that looks like this

Replace it with the following

And do the same for the "RSS 1.0 Index" file.
Explanation: Each CH weblog broadcasts what's known as an RSS feed. RSS aggregators can gather these feeds and keep you up to date on tens to hundreds of RSS feeds in an easy-to-access organized format. However, CH blogs are currently set up to only broadcast the Excerpt from each entry instead of the full text, which means anyone trying to get your entries will only see "Blah blah blah blah...." instead of "Blah blah blah blah bork bork! I have a potato!" Which really defeats the purpose of having an RSS aggregator in the first place.

If you're looking for RSS aggregators to try out, I recommend either:
Windows
SharpReader (free but harder to use) or FeedDemon ($$$, but beautiful and foolproof).
Mac OS X
Shrook (free, beautiful, and foolproof)

By now you may know about Dick Clarke's (no, not that Dick Clark) allegations that GWB's posse ignored al-Qaeda threats pre-attacks and deliberately steered things towards Iraq post-attacks. What I find most surprising about this whole thing is the reaction from Condoleeza Rice (representing the White House). To quote:
"Dick Clarke just does not know what he is talking about. He wasn't involved in most of the meetings of the administration."

Pardon? Why was the chief counterterrorism counsultant not involved after a major terrorist attack? It's hard to believe that Dick Clarke would run away from a chance to up his status... Is this another case of only listening to people who are already parroting your own words?

I received a package from my parents today. In the following image Dianna is displaying everything contained within the box. Feel free to click on the image to see it in a larger size. I don't think that will make the gift any more comprehensible. To clarify, I'm not sure I've ever heard my parents talk about The Lion King. So, no, this is not some topical joke. Dianna says, "Now I know where you get it from." 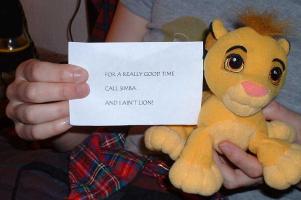 Remember the terrible troubles I had with iTunes? I love life again, thanks to MusicBrainz.

And it works, too!

It's entirely possible that I'm the last person to hear about this. In fact, I'm willing to bet that this is old hat to at least one person. But here it is anyway.