(Aside: if you find any part of this entry poorly composed or otherwise obnoxious, you may assure yourself that it was absolutely brilliant the first time I wrote it. You may blame all imperfections upon the accidental closing of a browser tab.)

Two events transpired this past weekend, one very good and one very bad.

I may as well get the bad out of the way first. As I boarded BART on Sunday morning I reached for my music box (a Creative Nomad Zen, if you must know), and was horrified to find it missing. Thinking back on the previous night, I remembered the crowded, jostling bus that scraped its brakes all over town. Having just seen Stray Dog, it seemed likely that I had been the victim of some dastardly pickpocket, and that my moral responsibility would require me to chase the thief across Tokyo.

Now, I normally store my music box in a small, closed outer pocket of my bag, along with a four foot headphone cord and a set of ID badges with associated lanyard. Inspecting the pocket, I found the music box missing but the headphones and badges present. To accomplish this end result, any potential larcenist must have removed the player from the pocket, unwrapped the headphones from the player, rebundled them into a neat package, and replaced the headphones in the bag. Note that, under even the best conditions, I often get the player, headphones, and lanyard tangled into a ropy mess that ends with me dropping something. This indicated an extremely courteous and highly skilled gentleman (or gentlewoman) thief, much like Raffles.

Careful reflection upon the facts of the matter suggested another interpretation. The undisturbed headphones imply that I left the player hooked up to the stereo system at work, and that it was stolen from my desk during the weekend. This is consistent with a recent spate of laboratory thefts on campus. The end result is the same: I am out one music box. But I think I would prefer to have been robbed by a smooth criminal.

The other highlight of my weekend was seeing Mlle. P____, who I haven't really talked to in almost a decade (this is the good event, if you're keeping track). Among other things, she helms 826 Valencia, and in her copious free time teaches kids how to write. The latter may not be as piratical as the former, but is nonetheless quite admira(b)l(e).

Our meeting brought home how the more things stay the same, the more they change (yes, I know). Mlle. P____'s writing was fantastic all those years ago, but now she's traveling to Bulgaria to research a novel. She was great fun to talk to and easy to get along with, but now she's apparently friends with a sizable fraction of San Francisco, including Dave Eggers.

Mlle. P____ is flying home this weekend to visit friends and family, none of whom I have seen in a dog's age. What are they doing, and how have the years treated them? I'm coming to regret my habit of letting bridges crumble behind me. It would be nice to blame graduate school for monopolizing my attention, but that's not the only cause. I'm never as careful about calling or writing as I should be, and I inevitably lose contact with those I care about. This is in contrast to most of my current friends, who have somehow maintained connections across time and distance. I hope that my reacquaintance with Mlle. P____ will help me rebuild some of those bridges, provided she can convince these long-lost friends that I'm not a complete bastard.

But enough maudlin! My interactions with Mlle. P____ also introduced me to Couchsurfing, which might be described as a useful Myspace (though that may be more of an insult to Couchsurfing than to Myspace). The premise is simple:

Item #3 may not necessarily follow, but I can assure you that the rest of the logic is flawless. My introduction to Couchsurfing is quite timley, as I plan to take a month or more for wandering upon (finally) graduating. Wouldn't it be nice to leave this continent? I certainly think so. All that remains is to decide between Ireland/Scotland and Japan. And thanks to Couchsurfing, poverty won't stop me this time! 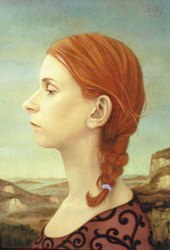 I decided to entirely replace the "Crappity-shit, I accidentally deleted it" post. But the comments are paraphrased below

didofoot: "NNNNRRRRAAAAAAGGGGHHH is the noise I say when that happens."

Docta V: "Firefox 2.0 will have an 'undo tab close' option. The beta is available for download right now."

i am still so intrigued by the couchsurfing thing. it sounds so cool! and so out of my xenophobic ways!

japan or scotland/ireland, huh? if i were you (which i'm not) i would go to an english speaking country for my first trip out the states. i think my first trip...was to the philippines. well, but they all spoke english. also it's a lot cheaper to go to scotland/ireland than japan. even with couchsurfing. AND scotland is one of the most amazing, beautiful countries i've ever been to. admittedly, i've never been to japan. but i HAVE been to asia. and i recommend not going there in the summer. isn't that when you'll be going? i want to go with you! araghargahrgahrgahghhghghgggghh! i love trips! i want to go to ireland!

I have an "undo close tab" Firefox extension. It's saved my bacon a time or two.

My house had a couchsurfer last month! She was an art student, or rather a former art student who decided random traveling was more fun than art school, from somewhere in the UK. One of my more savvy housemates had posted our officially-nonexistent-attic-room-with-futon as a reasonable fascimile of a couch, and she came and stayed there for a few days. It was neat. I submit that couchsurfing in a co-op is a) a good way to get to know a lot of people very rapidly in your destination city and b) a thoroughly exhausting experience if you're the least bit shy or solitary by nature.

Also, I hate the sound of the abovementioned buses on the ground, but I've found that if I merely pretend they're fairly discreet whales it becomes much easier to tolerate. And I'm terribly sorry to hear that you'll have to replace your music player with something with a convenient computer interface.

I'm seriously considering obtaining an Ipodicus to replace the Zenextra, given that my parents are yearning to buy me a birthday present. Having a nice synching interface would be excellent. And the newest black ones just look so shiny. And the 30 GB Ipod is now price competitive. But... But...

The attic room isn't so stuffy; there's lots of ventilation provided by people periodically going out to and coming in from the roof deck, plus there's airflow from the skylights in the abandoned non-hallway.

And as a somewhat shy/solitary person by nature, I found my informal couch surfing in the aforementioned attic room not at all exhausting. As I recall, I found myself getting by on a lot less sleep than certain hosts I could mention.

I certainly didn't mean to impugn the comfy attic. Though one could read Zach's review of the ventilation in one of two ways. Either the room is pleasantly airy, or he was kept awake at all hours by people traipsing onto the roof. Not that I'm actually suggesting such a review, but thinking of a certain tone of voice while reading Zach's first sentence makes me grin.

The lack of music player has been settled in an odd way, but a very nice one. I mentioned to my parents that the Zenextra had been stolen, and they immediately told me that I would be receiving an ipod, no ifs ands or buts. I suppose I don't mind my parents being imperious when desirable birthday gifts are involved.

Well, there are two attic rooms. One is incredibly stuffy. The other is only slightly stuffy (which means that on cold nights it's somewhat more appealing than my bedroom) but more open to roof-deck traffic. So there's a tradeoff available for those who are severely opposed to either stuffiness or traffic. My co-op is all things to all people.

But I'm also highly amused by Zach's tactful assessment of the ventilation situation. It smacks of the sort of cheery best-face-possible descriptions found in real estate listings and family holiday letters (for the best examples of the latter, please see David Sedaris).