I am officially a Ph.D. candidate. Nothing can stop me now! Muah-hahaha!

This entry has been brought to you by Post-Exam Scotch and Beer, "The Lunch of Champions" TM. 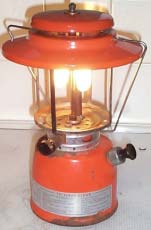 unless this means you just signed up to take your exam or something and haven't actually taken it.

oh, i just read the second sentence of your entry. my fucking yeah stands. (clearly *i* will not be receiving my phd anytime soon.)

no it means he passed his exam and now has to do more research for like 3-4 years. right? yey jacob! i mean, ahem ahem DR. jacob.

you'll definitely have to go by "doctor jacob," because "doctor corn" sounds like an over-the-counter foot disease cream.

Big deal. I won't be impressed until you can start prescribing stuff.

oh, yeah, and jacob, good on the exam. ok, back to my baby jesus butt plug.

kristen, you just called his dad an over the counter foot disease cream.

And I'm not a doctor yet. That's where the 3-4 more years of research that Michele mentioned comes in. But there's no exit exam, so it's 3-4 years of the home stretch.

Quite the contrary, Jacob, Dr. Corn is your future self. You'd better start getting used to him now, because you've only got 3-4 years until he's you. I mean until you're him. Or you're you. He. You.

In 3-4 years, there will be a great ceremony on the eve of the full moon in which you and your father will BECOME ONE, an unstoppable foot-cream-prescribing force with two heads and one heart.

know i'm late to chime in on this, but i feel your pain, jacob. it is the same reason that i go by "Ms. D." instead of Ms. Dobney. everytime someone mistakenly calls me Ms. Dobney, I whip around, expecting my mother to be standing behind me. then i realize they're talking to me, and i surreptitiously look down to make sure i'm not wearing a jumper and a music note pin.

p.s. mom, if you someday find this comment by googling my name, i love your jumpers and pins. just on you, not me.

Alas, I am even later than Erica to chime in, but no less enthusiastic for my tardiness - Congratufuckinglations!!!!! You are HOT HOT HOT you sexy candidate you!

PS - about the name thing... the good thing is that it skips a generation. Explanation --> my mother could never go by Ms. Harris because she would expect to see her mother in law - a kindegarten teacher of 40+ years, but _I_ have no problem with the name because I never actually heard my own mother called by it.

Of course, I will probably never go by Ms Harris, or Dr. Harris, or Professor Harris... but that has more to do with my feminist principles =)