Approximately fifteen minutes ago I biked home after a typical day at work and entered via the back door, as usual. I threw my bag onto the couch, had a drink of water, and fed the cats. Seeing the mail box key lying on the counter, I grabbed it and and headed to pick up the day's mail.

I walked down the hall towards the front door 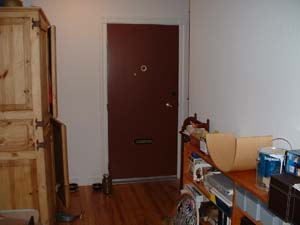 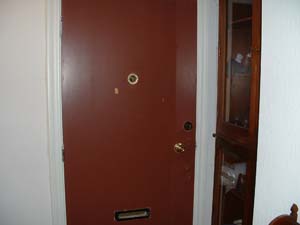 I swung open the front door 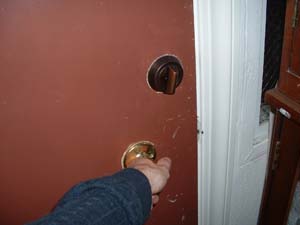 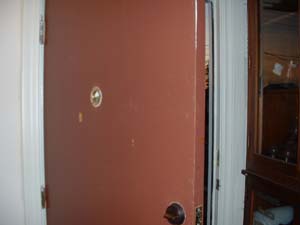 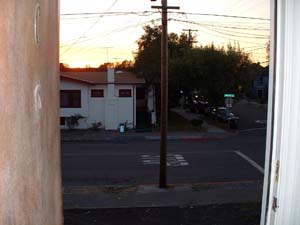 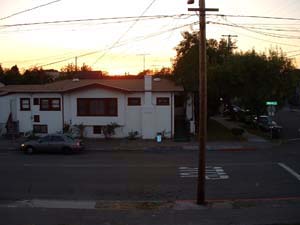 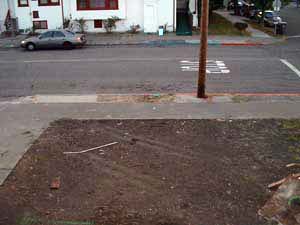 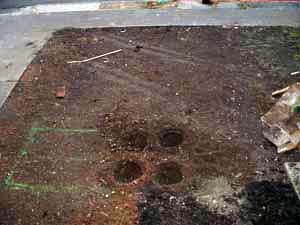 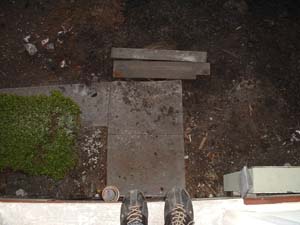 I took a step back.
Oakland crime works tirelessly to out-do San Francisco crime: someone has stolen our front stairs. Posted on October 25, 2006 06:55 PM

sorry that someone stole your steps. on the plus side, it'll probably be that much easier to keep bella in the house.

Sadly, our front steps have not actually been stolen. The roommate who owns the house contracted some guys to replace the front steps. But stair thieves make for a much more interesting story, don't you think?

ha ha ha ha!!! i can't believe you almost died! who doesn't leave a note on the door warning his flatmates? WHO? i'll tell you who, he goes by the name of justice. where's the justice in that?

Seriously, don't rule out the possibility of a nearby crack den just yet.

there's a halfway house at the end of my street now. and just last weekend there were 3 cop cars harrassing a group of young punks down the block. why must you turn into a street of sin, surburbia?!

There's a halfway house at the end of my street, too. Last night they had a big party and chants of "drink! drink! drink!" floated all the way into my living room.