Do you see that charismatic and hunky TV persona off to the right? He's my hero. And I've got episode after episode of Space Ghost: Coast to Coast being encoded to MPEG-2 and transferred to VCD even as we speak. My heart is all aflutter. If I had low blood pressure, I'd be swooning right now.

Nothing else to see here. I just wanted to tease all the other Space Ghost fans (I'm looking in your direction, Kris) with my plentiful bounty.

Update: I often joke about how old I feel at the ripe old age of 22. But tonight, while biking around the local community college, I actually did feel old. I ran across a bunch of kids that were jumping their skateboards down some flights of stairs. I stopped to watch, because it looked cool. However, when I stopped to watch, they stopped jumping and started sneaking fleeting glances at me out of the corner of their collective eye. That's when I realized how I must look to them: a tall older man with facial hair. Maybe they thought I was going to call the cops or something. I guess you can try to reclaim your youth, but most times the youth just won't have you. 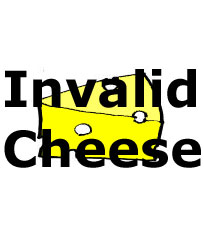 hi-
i'd love to get copies of space ghost c2c vcds. please email me if you trade vcds. thanks for any help

Hey, i would also really really really want those vcd's of SGC2C!
Seriously, i'll pay for that. If you have them all that is, there are a few in particular which i am looking for.

If you want to help me please email me

all the space ghost episodes?!?!
i want!!!
email me and name your price!!

Wow...I haven't been back to this comment page in a while, so I had no idea there was this much interest in the SGC2C VCDs. Well, I really don't know about selling the episodes. I'd have to talk to Gene (the admin of CH) about it, since we'd have to join forces to have ALL the episodes. Let me think about it....on some level I'm kind of leery of selling the episodes, because that seems a bit too much like profiting from other people's work. But we'll see.

I'm with Jacob. We'll have to talk about it. I don't want to sell them, but I do think everyone should have access to as much space ghost as possible. We'll talk, figure out how to avoid intellectual property entanglement and get back to you.
-Gene