The siren song of Communism

I decided to try vegetarianism. It's really not much of a reach, since chicken is just about the only meat I eat anymore. Of course, I love chicken so much that going to Pasta Pomodoro and seeing all those delicious chickeny entrees was quite the temptation. But I was strong.
I hope I can be strong in the future, because I don't want this to be a short-lived thing. 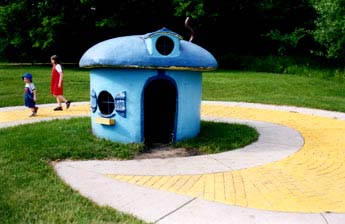